It was said that England lost the Rugby World Cup Final of 1991 against Australia through inflexibility. Our narrative was that we felt our strategy was going to work, and then it didn’t! The Campese deliberate knock down hardly helped but we didn’t mix up our game enough to keep the Aussies guessing when the game was there for the taking.

So it was in Cardiff, when nobody really believed that England’s kicking based approach would work again on it’s own but they persisted and the game slipped away. Why not give that new look midfield a bit of ball. But no. Then on Saturday against Italy the equivalent of cricket’s ‘flat track bully’ (remember Graeme Hick) was in evidence and any side would have struggled against that power. Rumour abounds that Jones wants to try the Ford/Farrell axis again this weekend, well why not perhaps in the last 20 minutes.

Surely people can see what is happening here! Journos have too much space to fill now and are refuelling on new stories wherever they look. Jones seems to be trying to make sure he is equipped for any strategy and of course he has at his disposal the deepest playing resource in the world. As we sit here, England has all the on-field diversity that it needs. The biggest question is whether they can flex the strategy when faced with challenges, as with Wales. That is a mental thing and the answer will not come on Saturday as a feeble excuse for a grudge match unfolds. Scotland is riven with injury and Jones may extract some personal revenge as will the team after last year. With it could come the Six Nations Title of course, lest anyone forget!

NB the Farrell/Tuilagi/Slade midfield is the one they need to win a World Cup.

The big one in Cardiff is tough to call. Ireland is arguably a team which has peaked too early and trying desperately to hold the level, while Wales has already achieved something incredible against their resource backdrop and domestic turmoil. Huge credit to the coaches and the squad. A wonderful end to a tournament which has been disappointing in so many ways. The much anticipated level playing field was tarnished by French ‘laissez faire’, Scottish injuries and an improving Italy failing to match a general upturn in standards. It rendered half the matches meaningless and although I wasn’t there, the second half of the France and Italy games at Twickenham apparently resembled a multi thousand strong drinks and networking occasion rather than a properly competitive atmosphere.

For what it’s worth, I think that emotion and home advantage should see Wales edge Ireland but not by much. In which case they and England will progress to the Rugby World Cup as strong contenders for at least a semifinal place. Make no mistake though, England is the unknown quantity and a team to fear. How things change in a year.

Finally, I wonder if Italy smell an upset in the Rome sunshine against the French. They have offered enough in attack to indicate their capabilities and they know how to sustain their effort. No-one will forget Nick Mallett’s tears as he coached Parisse and his men to glory a few years ago against ‘Les Bleus’ – it was special and could happen again. 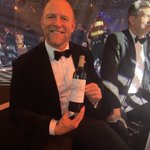 A great evening of presentations and wine tasting. Thank you to @nikkam and @dines_toni of @databox360, the team at @databarracks and hosts @GallagherUK. Wine and entertainment provided by @SportingWine and pro rugby players were top class recognise them but🤷🏻‍♂️ funny shape ball 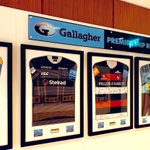