The ‘Match Days with Shawsey ’ package is just £295pp plus VAT & service charge and includes:

For each booking which mentions Sporting Wine Club M Restaurant will donate £29.50pp to Sporting Charities.  Any SWC members who also become M DEN Members (offered at a special SWC 50% discount) will also enjoy an additional 15% discount off this package.

Please note that numbers are restricted to ensure that the post match experience is as epic as lunch.

We look forward to seeing you there!

On Thursday night EP brought together many senior players from across the Hospitality and Sporting worlds to discuss Reinvention.
This looked at the core argument of people innovation – there is a need to redevelop skills and maximize talent. It is now important that we plan and make the most of human assets that lie within business. Often the talent is there but needs support. Is it time businesses innovate their people so they can change, reinvent themselves and add greater value?
The evening was held at London’s May Fair Hotel and included delicious Champagne supplied by Gordon Dadds and equally as delicious wines from the Sporting Wine Club. 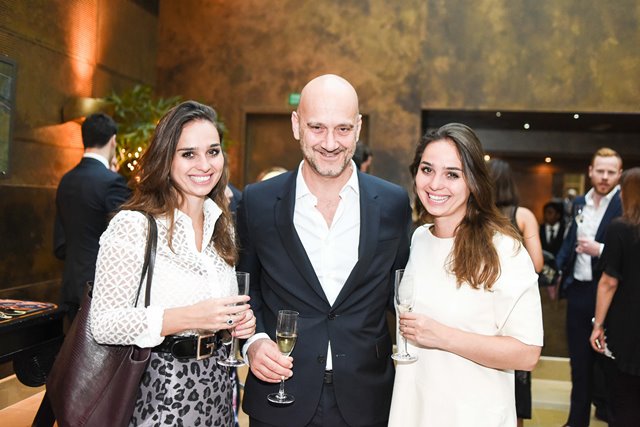 The core argument as to why Reinvention is important, is that in an age where digitization is becoming increasingly controlling and important to the daily work life, the most important area of innovation lies with people.
From the evening the hard truth became clear – we all need to change as we travel along the career road. Careers today are journeys and there needs to be a focus on the development of the mind, thought processes and creativity.
Too often good talented is not supported – businesses need innovation to free up talent and support skills which must adjust to conditions.
There are barriers to new leadership and new solutions. Hospitality especially possess great people and now is the time to invest in their innovation and also reinvention. 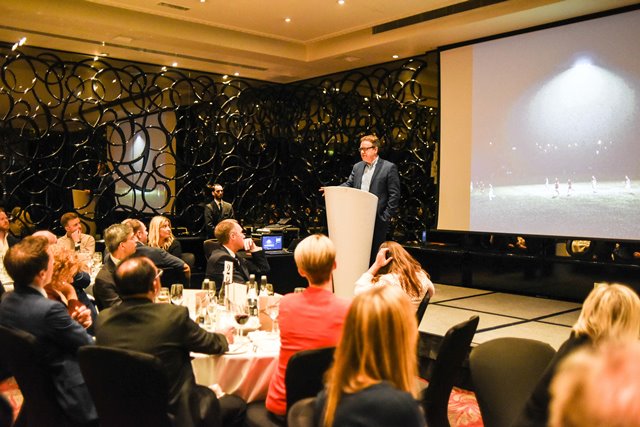 Speakers on the night included Simon Halliday, a former England Rugby player (double Grand Slam winner in 1991 and 1992) but also a Director within Lehman Brothers at the time of the crash, who has reinvented himself and his career in a completely new direction.
All American Swimmer turned CNN reporter turned leadership coach Lynn Blades shared her passionate story and brought real truth into the conversation. Lynn is the Co-Founder of The F.E.A.S.T. Project – dedicated to the mission of finding excellence around a shared table.
Brian Deane provided an insight into what it is really like for footballers. The English football coach and former player whose most recent position was as the manager of the Norwegian side Sarpsborg 08, was inspiring for many.
Former GB swimmer turned entrepreneur, Angela Wilson, is now CEO of Angela’s Swim School. She shared her story of missing out on an Olympic dream and used it to pursue her company goals. Angela now has 18 franchises which teach over 3000 children a week and her story touched many. 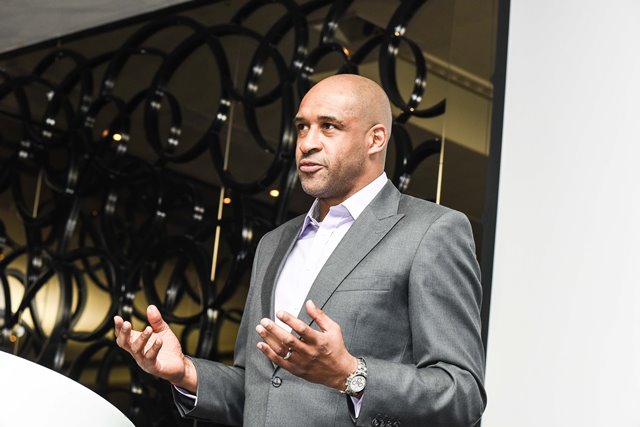 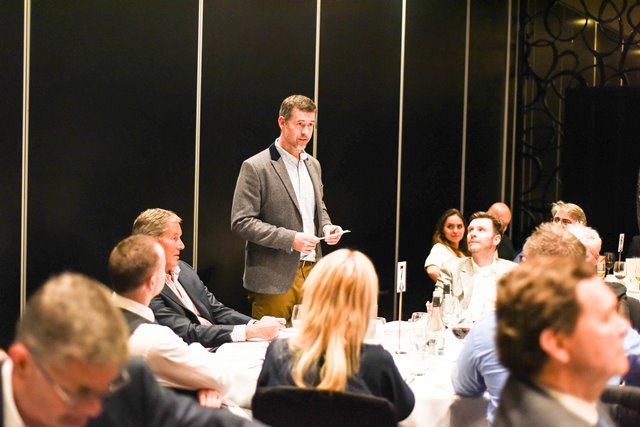 Matt Church played cricket for Worcestershire and Gloucestershire and has reinvented himself by becoming a Strength and Conditioning Coach as a second career and owns Locker 27 – a specialist gym. Matt shared his views on the cricketing world and what needs to be done to ensure more are supported.

All shared stories and examples of reinvention and were passionate about the need to help others reinvent themselves.

Now it is time a structure is put in place which can help former sporting players and also those who need to reinvent themselves in any industry. Help that has not always existed.

To find out more about EP’s events and how Reinvention can support your business please contact Ben.Butler@epmagazine.co.uk