As anticipation continues to build ahead of the BT Sport Industry Awards 2019 on Thursday, 25th April, we catch up with Simon Halliday, whose Sporting Wine Club will again be providing the finest wines for the industry’s night of the year.

In this exclusive interview, the former British & Irish Lion and current Chairman of European Professional Club Rugby (EPCR), tells us what guests can expect from this year’s wine selections, which bear the name of an Argentinian football icon…

Another year has passed and the BT Sport Industry Awards are almost upon again! What’s been happening in the Sporting Wine Club world over the past 12 months?

Well, we’ve continued to grow very strongly as a company. We’ve brought in more wines from sporting connections, including, for example from golfer Louis Oosthuizen and of, course, the wine we will be drinking on the night, which we’ll come to in more detail.

We have also grown our membership and are now supplying various sporting clubs and sporting stadia with a large number of our wines, which all have a sporting background. So we are really pleased at the way things have been growing over the last 12 months.

Any notable sporting newcomers to the world of wine since we last spoke?

As I mentioned, Sporting Wine Club has just launched the Louis Oosthuizen Wine, to add to Nick Faldo, allowing us to have a really good golfing portfolio.

In addition, we are bringing wine in from New Zealand now through the ex-international rugby referee Lesley MacLachlan. We also have a few famous cricketing wines with Graham Gooch on board to join Ian Botham, Bob Willis and Jimmy Anderson.

All in all, we now have six rugby wine makers, three cricket, two golf, one American football and one football.

As you know, we can’t just take wines on without a sporting background; the uniqueness of our company is that all the wines have to have a sporting connection. We are always on the look out for someone in sport that has gone into wine to expand our business and promote the stories behind each of our wines.

In terms of the BT Sport Industry Awards, we’ve seen a lot of rugby-linked wines down the years, but this year our guests will be enjoying wines with a very famous footballing name on the bottle. Tell us the sporting story behind this year’s choices…

Both the red and the white wine that you will be drinking at the BT Sport Industry Awards are based in Argentina, Mendoza with a connection through the [Lionel] Messi Foundation, who are donating money towards disadvantaged children in inner cities.

We have a scenario where the Messi Foundation have linked up with Valentin Bianchi, one of the largest family-owned wineries in the whole of Argentina to make two Malbec wines and a Torrontes wine.

We are very excited to have the Malbec and the Torrontes wine on the night of the BT Sport Industry Awards. This is the first time the Messi wines have really appeared in England. Obviously, Messi is still playing for Barcelona at the moment, but when he retires there are more plans for him to branch out this initiative with the Foundation and the wines.

It is very exciting and you couldn’t really get a more iconic name in sport than Lionel Messi. You can tell from the branding on the wine bottle that it’s his wine so that’s great for us and in particular a great story to share with the industry.

For the connoisseurs among our readers, what should we be looking for in terms of the wines themselves?

We were always asked why we didn’t have a Malbec in the portfolio. Malbec is one of the most popular grapes in the world right now. Obviously, to have a Malbec on board works really well for everyone.

Mendoza is the same geographical size as England so there are huge amounts of variation of taste in that area. The Bianchi winery is one of the oldest family wine estates and the important thing is that these are all handpicked for the Messi foundation wine and therefore you will find the quality of the wine as it is an estate wine. As Malbec is so popular, anything from Argentina tends to find favour, but I guarantee that this will be a wonderful expression of the region.

The wine that we are drinking at the Awards is reasonably young so it is very fresh, quite light, you can really taste the fruit. It is a very suited wine for the evening that you have got ahead of you.

Secondly, the Torrontes isn’t a very well-known grape back here in England; it is a specialist Argentinian grape and again it is fresh, crisp and floral which goes with the region. People will really enjoy it – it’s quite unique and differentiated; Viognier may be a good comparative. It will suit the overall feel of the evening very well.

How do you go about choosing the wine for the BT Sport Industry Awards? What else made the shortlist this year?

We have a lot of sporting wines to choose from. In previous years, we have had the great Schalk Burger which is a wine that is always at the front of our minds because there are 17 grape varieties.

We had a look at that as well as the Sumaridge Estate wine, which is from the other side of South Africa where is it a much cooler climate for a European base. They go down very well. There is always a challenge to beat the Sumaridge wine.

Also on the shortlist were the Meerkat wines, which are very fun, gregarious,very easy drinking. They will always go down well in an evening such as this. We also considered Jacky Lorenzetti wines from Bordeaux, which is of exceptional quality.

In the future we wouldn’t rule out any of the cricket wines we have. Certainly, for the Awards evening, having an iconic name such as Lionel Messi and a wine from Argentina felt like the right call for this year, so they have won the contest.

One non-wine-related question, if we may. With your ECPR hat on, what’s your view on the current battle for rugby’s international future?

I have always, as an ex-international rugby player myself, clearly been a massive fan of international sport.

The key thing is that the domestic, European and the international authorities need to make certain that they will listen to each other and see what is possible, not just for the viewing spectators, but for the players who are increasingly being asked to do more and more. We need to consider player welfare.

I think, whatever happens, we all want to watch top players play in tournaments but we need to make certain that we are not asking them to do too much in the name of commerciality and think that, just because I run Europe or someone else runs international rugby, we can just do what we like instead of listening to everyone else.

I think what’s important is that the game is in a huge growth phase, which is wonderful, and we need to keep building on that. The Rugby World Cup this year is incredibly exciting, I think five or six teams could win it. Rugby is growing throughout the world; women’s rugby is growing so strongly, Sevens rugby is an Olympic sport and China is seeing growth now and all sorts of countries are loving the game, which is great.

But you just need to make certain that you listen to everyone within the game and then we will make good decisions.

With my own ECPR hat on, generally European Rugby has never been stronger and by the time the BT Sport Industry Awards happens we will be at the semi-final stage of our competitions. We have the final coming up in Newcastle which is a sell out and between the two finals these will be incredible times because there will be four of the best teams in Europe playing and these are amazing tournaments to be part of. We need to celebrate this and make sure we don’t mess around with those tournaments because they are well-loved by the public.

What are your tips for the Rugby World Cup in Japan this year?

I have a lot of things to say after the Six Nations. Before that, you would have said Ireland, and you still could, but they are obviously in a bit of a down patch. Wales have won the Grand Slam and seem to have found a way to beat people.

You have to have Wales as right up there now. We all seem to have decided that New Zealand aren’t as such a strong candidate as they were. I personally think it will be between New Zealand, Wales and England with possibly South Africa as an outsider.

The one team I would ask everyone to watch out for is Fiji. Fiji are a group of unbelievably talented players who beat France in France last October and some of the best Fijian players play in French clubs and English clubs at the moment and if they had a chance to all play together, they would beat everyone. Wales has to play Fiji and it’s not going to be easy for them. Fiji, I tip, will surprise a few people.

Any sake in the Sporting Wine Club stable?

Well, remember the criteria. If we can find a Japanese rugby player that can connect us to a sake manufacturer then that is what we will do.

Maybe we will do a special edition to celebrate the World Cup ! We do have a sporting spirits section; there is a gin we are now stocking which is made by Michel Rhodes, the Saracens and England flanker, and another one coming, which we’ll announce soon.

We also have a whiskey from Sir Gareth Edwards called ‘That Try,’ which celebrates his famous try against the All Blacks.

So, who knows, the sporting sake might be a nice touch for 2019!

Anything else you’d like to tell our readers and guests?

We have become loyal partners to the BT Sport Industry Awards and are delighted to have involvement once more in such great surroundings. Sporting Wine Club and the Lionel Messi wines will very much enjoy being at the evening! 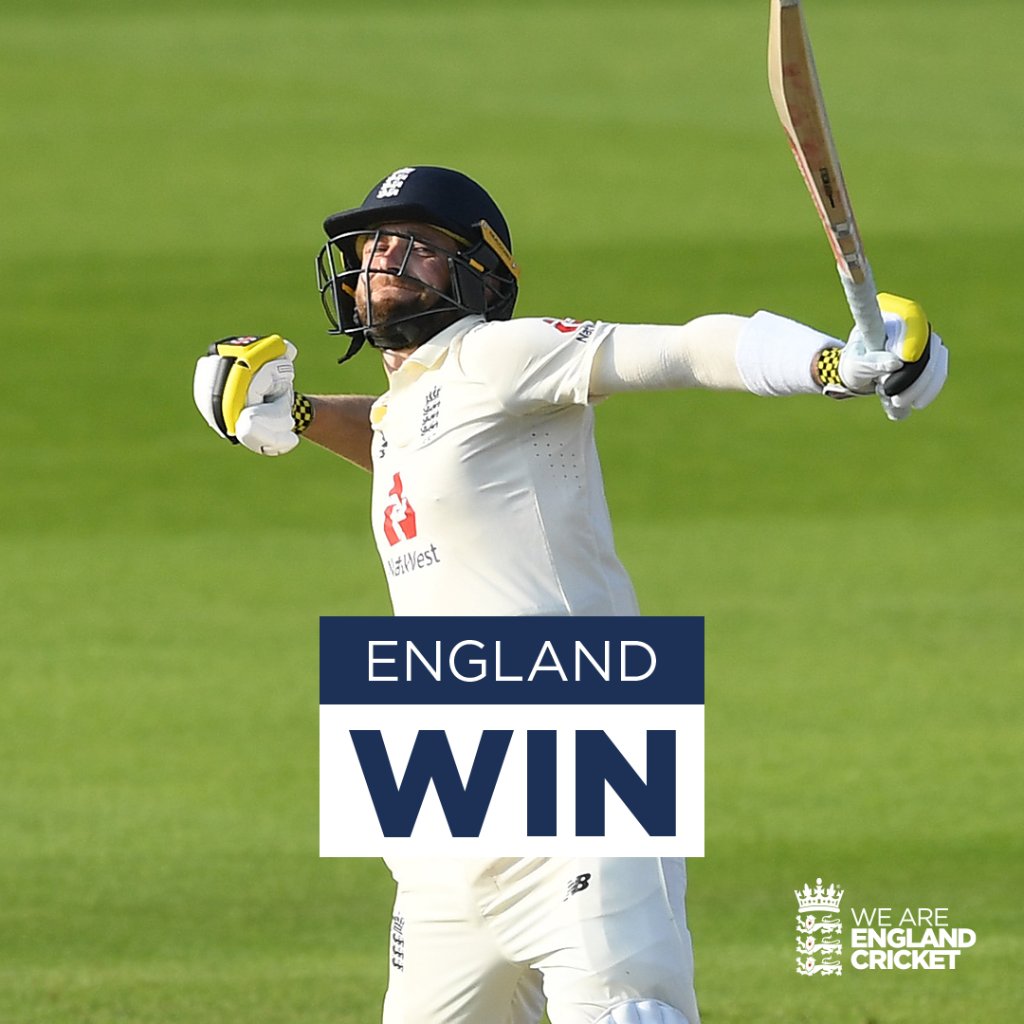 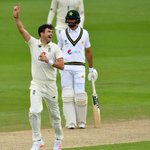