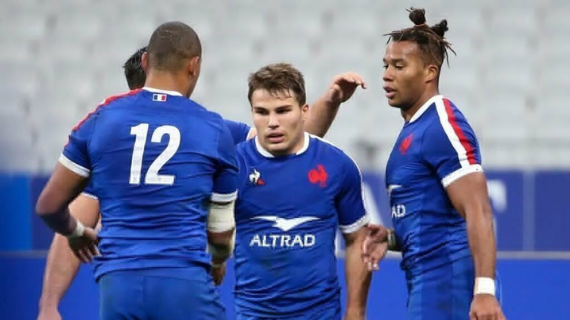 This year of all years has been incredibly tough on professional rugby. All the touring teams from the Southern Hemisphere have been in ‘ bubbles ‘ for months and must be mentally and physically exhausted. The injury lists at professional clubs are at epidemic levels and when are we going to respond to the trend other than say they are unlucky. More on that later but alongside those somewhat inevitable pressures, we saw some truly inspirational play on the field.

Thankfully we have moved on from a fear of handling the ball, evidenced mostly by England and the B&I Lions. A young French team was the first to break the mould and then built on that momentum against the fading All Blacks. The likes of Dupont, N’Tamack, and Jalibert will surely dominate the World Cup effort from Les Bleus alongside awesome runners up front like Bamba and Woki. Then it was the Harlequins who used their dismal performances in Europe built of caution and risk-averse tactics into a player-led revolt which has continued to light up the Premiership. The likes of Dombrandt and Smith should be the cutting edge of England’s play for years to come. This seemed to galvanise Henry Slade and will excite Anthony Watson back from injury, to add to the Youngs guns of Leicester Tigers for whom Freddie Steward seems to be born to play International rugby.

England found that inspiration could overcome perspiration in their last gasp win over the Springboks. Australia had shown the way some weeks earlier. Even so, England in that second half of obliteration up front and a penalty count against them of seismic proportions could hardly have imagined they would win out due to some moments of high ambition. Amazing what can happen when you empower players. Let us hope that others do not have too much of a head start. I still have South Africa as a top 3 contender for the World Cup because, with that forward dominance and the return of absentees like DeKlerk and Cheslin Kolbe, they can be a points machine. I do think they need some more energy at full back.

As for Ireland, I am loving their new found continuity play. Their triumph against the All Blacks remains the performance of the Autumn, playing with a balance and level of trust in each other which sets them up as a strong contender for RWC 2023. However, they also know that dealing with that pressure is something they have struggled with so from here it will be more a mental challenge.

If anyone asks about Scotland I refer you to the best No10 performance I have seen since Dan Carter destroyed the B&I Lions in 2005. Finn Russell in the Heineken Champions Cup singlehandedly destroyed one of the form teams in England, Northampton Saints, through sleight of hand, speed of thought, and consummate individual skill. The Calcutta match will be a classic.

In short, the Northern Hemisphere has 5 of the top Stand offs in the world and 5 of the 6 Nations have reasons to be very confident over the next two years. The obvious fatigue in the All Blacks will not assuage the creeping suspicion that up front they lack power. Australia always peak for a World Cup but are coming from a long way back and Argentina have been dealt a cruel hand with a collapse of their club game and the splintering of the player group all round the world.

Lastly, I call upon World Rugby to act now and legislate against dangerous on-field tactics, lower the tackle height permanently and punish the clear out mercilessly. Players need protecting from themselves if necessary. Then change the rule on replacements to be based on injuries, not tactics… Sit back and watch the difference!!

BRITISH AND IRISH LIONS SHOW IT’S NOT ALL BLACK